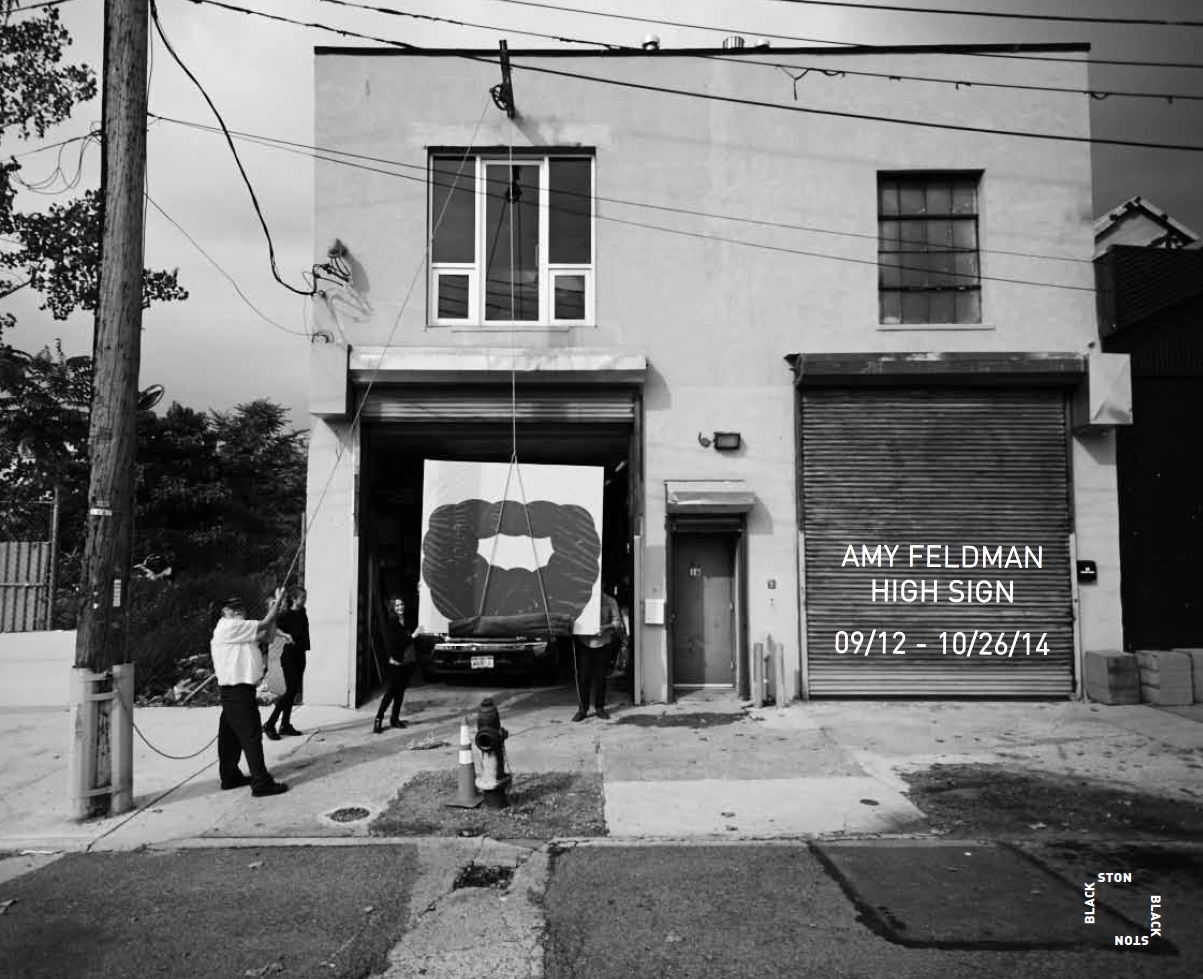 Blackston is pleased to announce High Sign, Amy Feldman’s second solo exhibition at the gallery, which runs from September 12th through October 26th, 2014. The opening reception will be on Friday, September 12th from 6 to 8 pm. 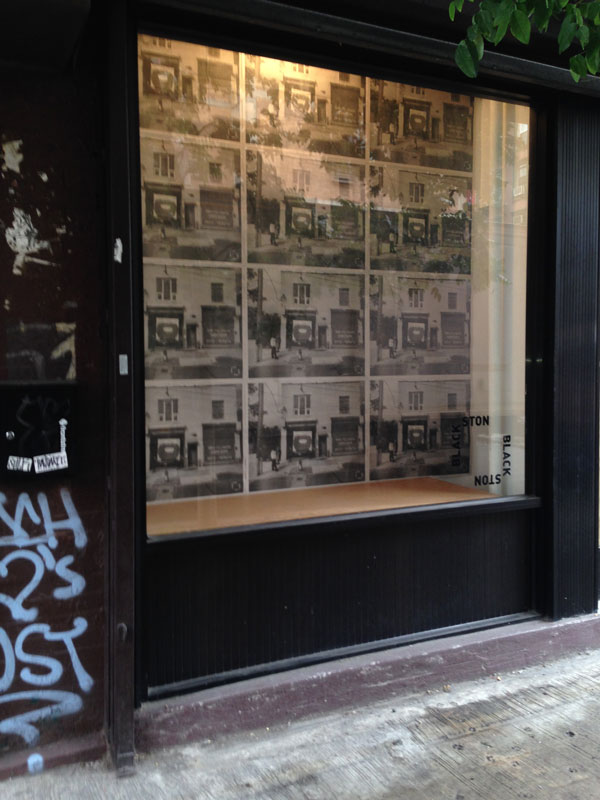 In the front space of the gallery — of which the walls and ceiling have been painted dark gray – Feldman presents recent large gray-scale, acrylic on canvas paintings which employ her preferred palette. Abstracted forms that have appeared repeatedly in the artist’s body of work become decisively reconstructed and reintroduced to new effect. Each of the paintings in the exhibition relates to the other by referencing, quoting, nodding to its counterparts and seemingly morphs into the next by folding over, doubling-up and repeating. In the back of the gallery, two sets of four smaller paintings further embrace the
artist’s interest in inexhaustible variation and difference — tackling “Killer Instinct”, a large work in the front room, by redoubling the image again and again.

The gallery serves as a designated hall of mirrors: a container for the theatricality of the artist’s work, which compresses and expands within the space. The gray walls further heighten the scale and edges of the paintings and emphasize the complex range of Feldman’s gray color spectrum. Feldman’s paintings assert themselves as signs that broadcast within and beyond the picture plane. In the essay for the High Sign exhibition catalog, Raphael Rubinstein writes, “The five big paintings in the show are, says the artist, intended as a kind of “high five,” an expression of exuberance and optimism. The title
reminds us that Feldman is engaged with making signs, which is how Matisse thought of his painting when he spoke to Louis Aragon in 1942 about wanting to impart “the briefest possible indication of the character of the thing. The sign.”

While Feldman’s paintings initially impress the viewer with their physicality and bold simplicity, their sophistication lingers. The play between figure/ground relationships — and their inversion — in the artist’s paintings complicates the initial read of her work. Drips, while an accidental result of her performance, feature prominently on the paintings’ surfaces, serving to further subvert these images and their reductive sensibility. 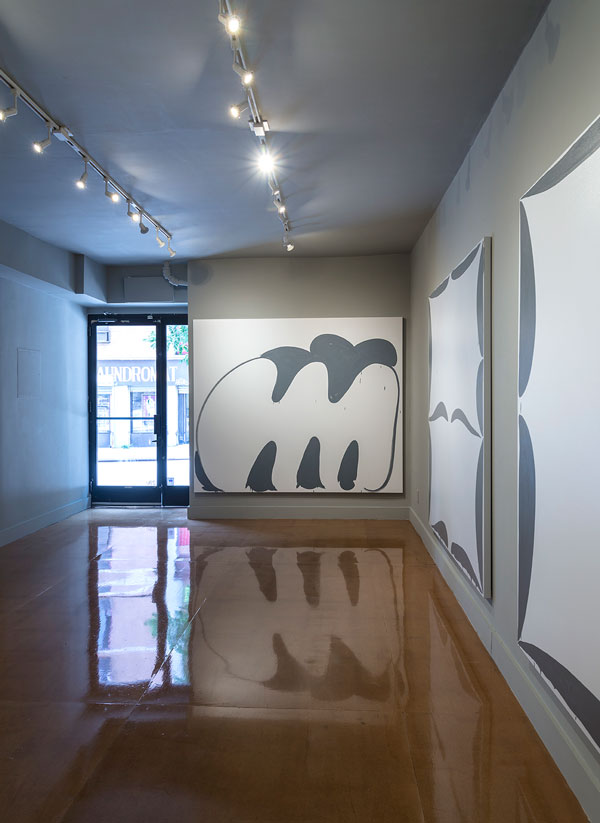 Rubinstein writes that Feldman’s forms “constantly evoke the decorative and the cartoony through a working process that, paradoxically, seems to belong to the realm of gestural painting in its purest state. Let’s make it clear at once that Feldman has no intention of reviving of gestural abstraction; she is a maker of images not of marks; a painter who courts allusion, whose motifs come tantalizingly close to things the
mind already knows, even if they aren’t easily nameable….Feldman uses gray to intensify the effect of her paintings, to make sure that the viewer misses nothing, not a single drip, not a single slathered brushstroke, not a single positive/negative reversal. This keenly focused palette is one more thing that makes these paintings burn themselves straight into your memory”.

Feldman’s paintings are known for their powerful display of form, deceptively simple yet impactful language and their juxtaposition of immediacy and resonance. Feldman makes pictures that are fully aware of the history of painting, but break free into uncharted territory: they undermine the logic of their monumentality. In her distinct approach, Feldman shows her full command of how images and forms are perceived and distilled.