Starting with a preparatory sketch in marker pen, Feldman makes each painting in a single performative take. Giving herself just one chance to get it right, the associated risk and anxiety play an important part in her aim to communicate urgency in her painting.

Feldman’s work offers the viewer a vivid conversation between the physical and formal language of abstract painting. This is evidenced in the interactions she creates between the figure and ground, questioning the hierarchy of the two. Drips of wayward paint are unplanned yet embraced by the artist as they break the boundary from the figure of the painting into the ground of a pristine, almost-white canvas, a surface always modulated with hints of colour, from violet to pale, silvery greys. These accidental breaches reflect the immediacy of her technique and suggest that complete control over the medium is forever unobtainable.

Consistently working in just shades of grey, Feldman has developed an abstract sign system that alludes to systems of writing and the transmission of information: the viewer might be reminded of the monochrome of newsprint and calligraphy, or the grey scale of early TV. With this reduced palette, she also aims to strip away associations and limitations that many colours would introduce to the painting. Similarly, the bulbous, sketchy and irregular forms that she paints are just familiar enough to be reminiscent yet – as with her colour palette – elusive enough to dodge literal decoding. Yet a clear allusion to the body and to Feldman’s position as female painter persists in the work.

Her ebullient, cartoonish shapes also have a comic effect; along with the humorous wordplay in the titles and her light-hearted way of handling paint, they counter the sombre tones and imposing scale of works. With stretchers that often exceed 2 metres, the canvasses are slightly beyond the extent of her arm’s reach, which imposes an extra element of physicality on the performance of painting. 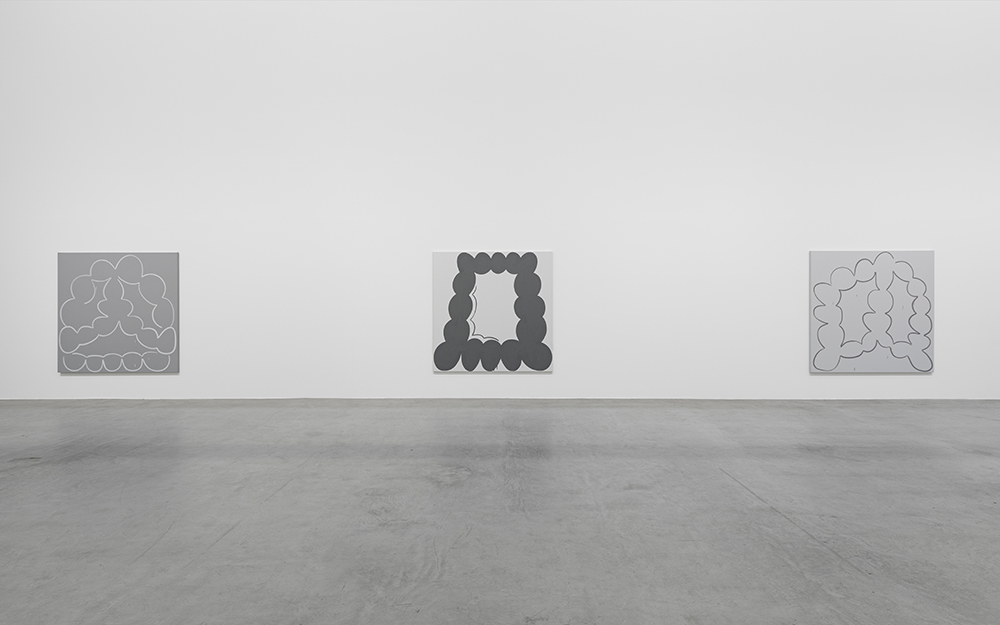 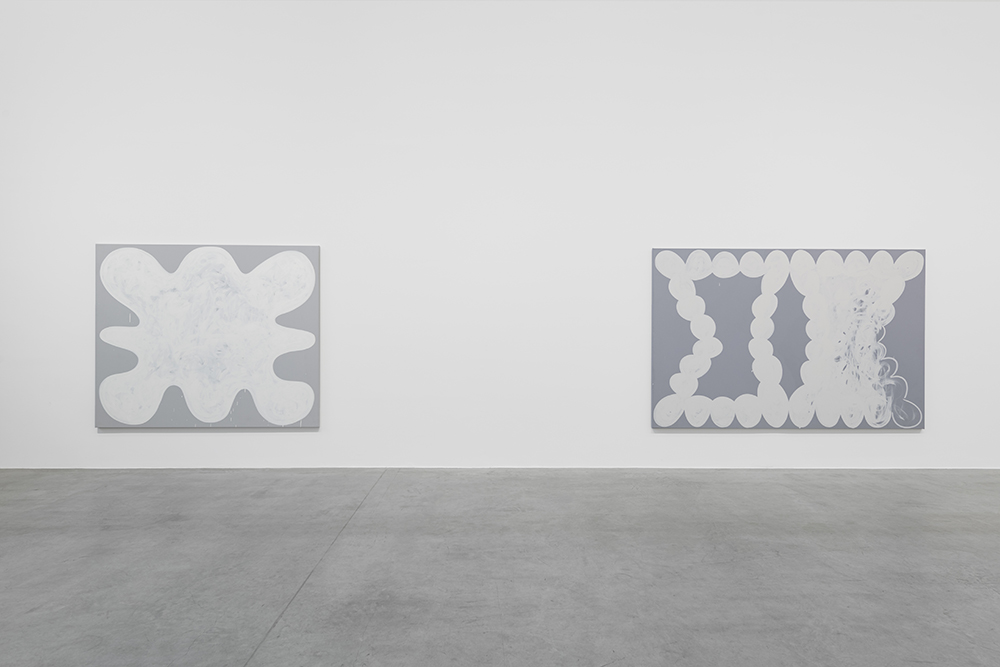 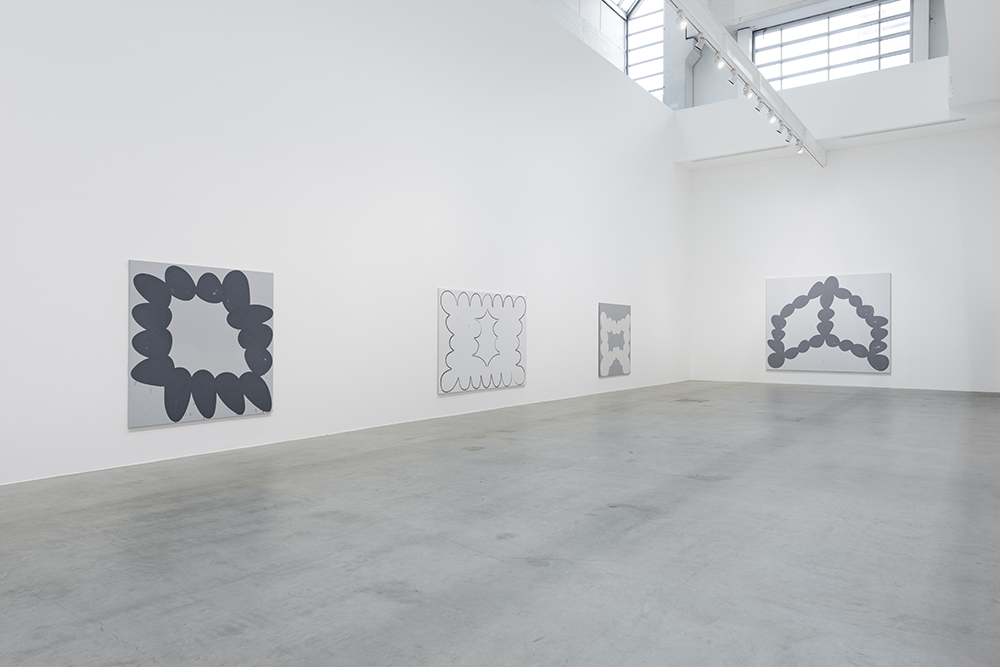 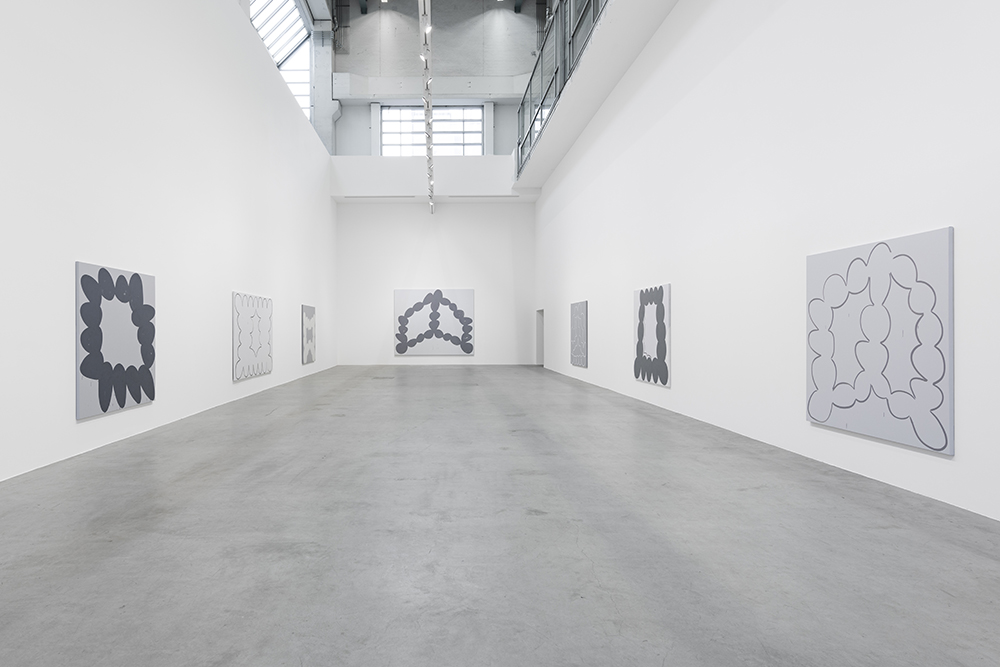 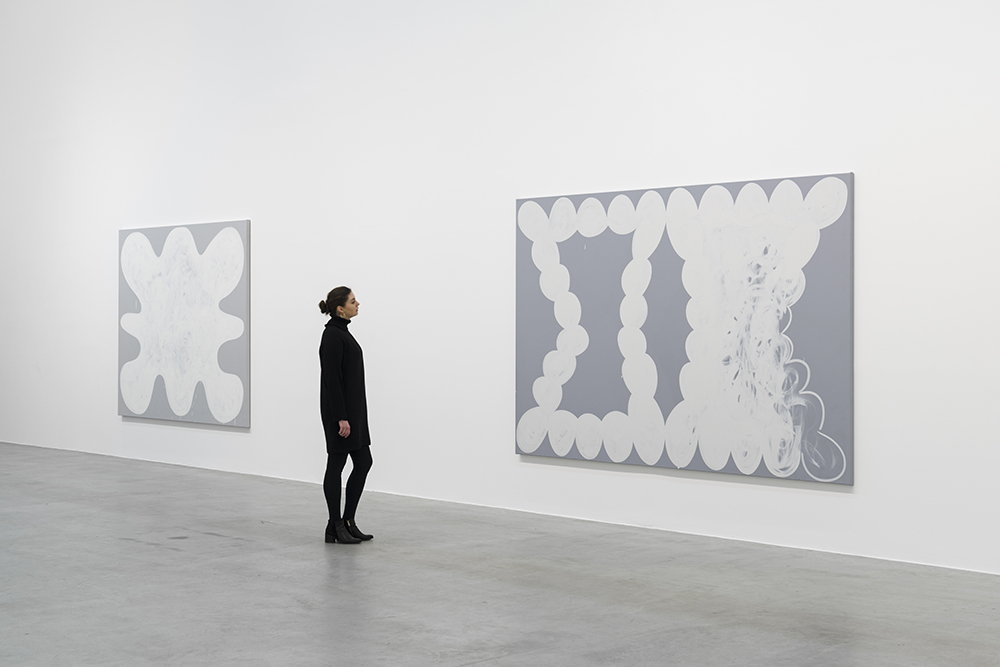 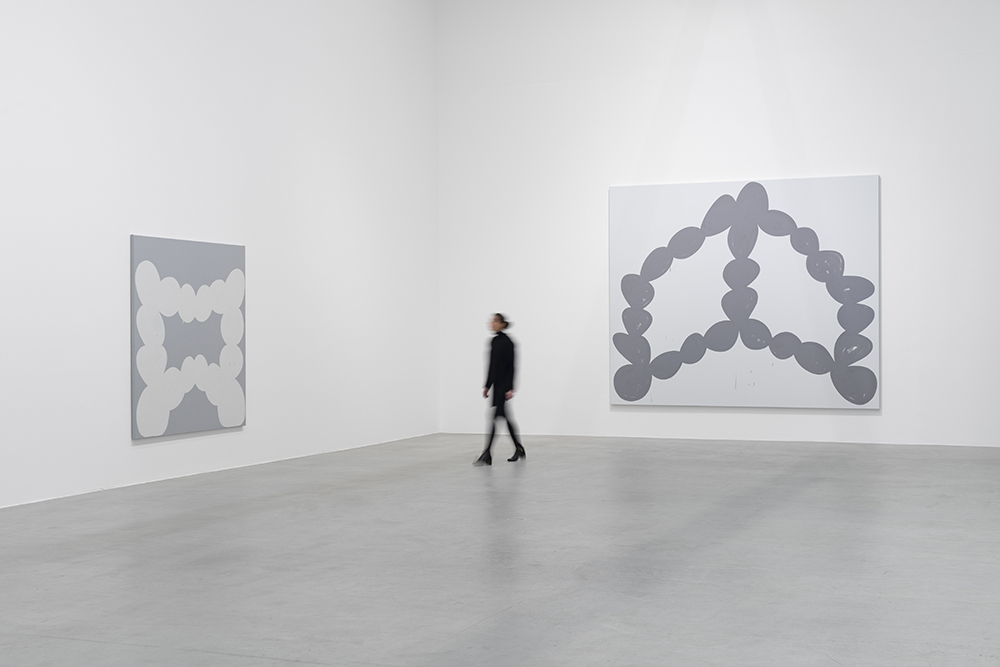