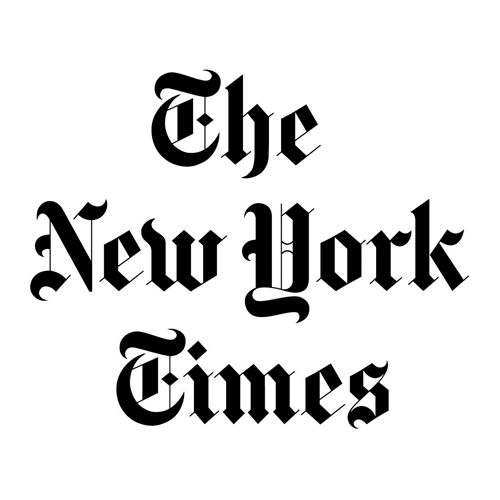 A kind of back-to-basics abstraction characterized by simple forms, not much color and an emphasis on process is attracting a lot of younger painters right now. The renewed faith in form is refreshing, and the starting-over feeling is understandable at a moment when so much about art seems up for grabs. But such reductionism can also feel both undernourished and uninformed.

Amy Feldman’s small New York debut at Blackston is an exception; its four largish paintings, for all their ostensible simplicity, are satisfying as well as knowing, intent on not simply repeating the past. Painted with somewhat ham-handed flair, they contrast big, rambunctious, slipshod shapes in black or gray acrylic with negative areas of bare canvas. Their motifs are loosely geometric, vaguely symmetrical and spontaneous in appearance, thanks to drips, irregular edges and varying thicknesses of paint.

In “All or Nothing” two pairs of broad verticals bend outward to accommodate a wedge or delta shape that intrudes, point down, between them from the painting’s upper edge. In “Pressure Points” various wedges and triangles slope in from the edges, framing an elongated, four-sided shape that suggests a flying carpet seen in perspective for a complicated spatial effect.

“In & Out” lives up to its name with four sort of concentric rectangles that center — but not exactly — on a solid, doorlike shape; the entire configuration wobbles, receding and advancing, while also expanding and contracting, bellowslike.

Barely contained in a small back space, “Owed” presents a large doughnut shape whose bumpy outline can bring to mind Little Orphan Annie’s hair, as the painter and critic Stephen Westfall points out in his perceptive essay in the show’s catalog. This publication reproduces many more works than the gallery can hold, many of which also look very promising.