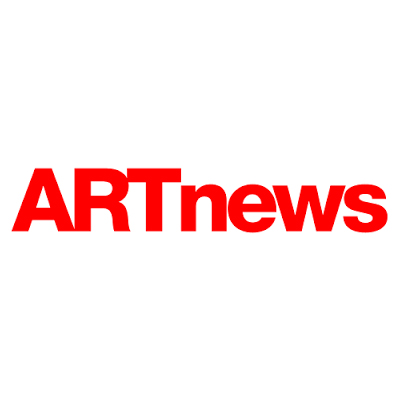 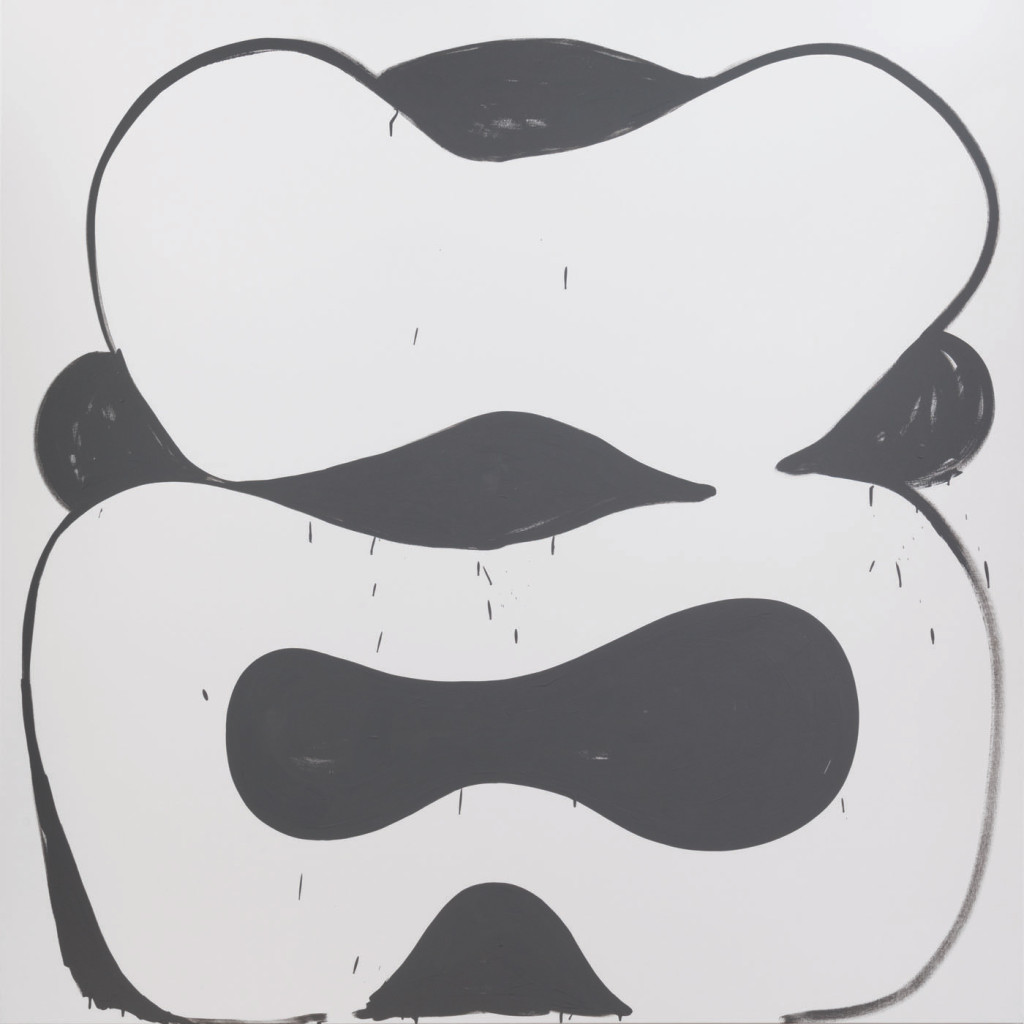 Like billowing smoke rings or gaping, gasping mouths, the images in Amy Feldman’s paintings seemed to float, expand, and contract, contorting space by means of assured lines and gestures.

In this show, titled “High Sign,” five large-scale paint-ings, all in shades of gray on pristine white grounds, were hung in the gallery’s front room against walls of another, neutral gray, highlighting the differences in the hues. Displayed in the back room were eight small canvases that were hung close together. These were ex-ploratory but ultimately less effective variations on the larger canvas Killer Instinct (2014), with its expressive interplay of positive and negative space.

Gut Smut (2014) has the appearance of a necklace of cartoonish thought bubbles, while Killer Instinct’s bloated bottom ring looks like a mouth caught be-tween a grimace and a snarl, and the masklike shape above it might conceal a murderous gaze.

In all of these works the smattering of accidental drips functioned to further animate and add a little extra spark to already dynamic canvases. Composed in one shot, the paintings adeptly straddled the line between spontaneous and considered; they purveyed an expansive sensibility, akin to that of Mary Heil-mann and her loose, humorous geometry, but with the reins pulled tight in terms of a commitment to their reductive palette and pared-down imagery.